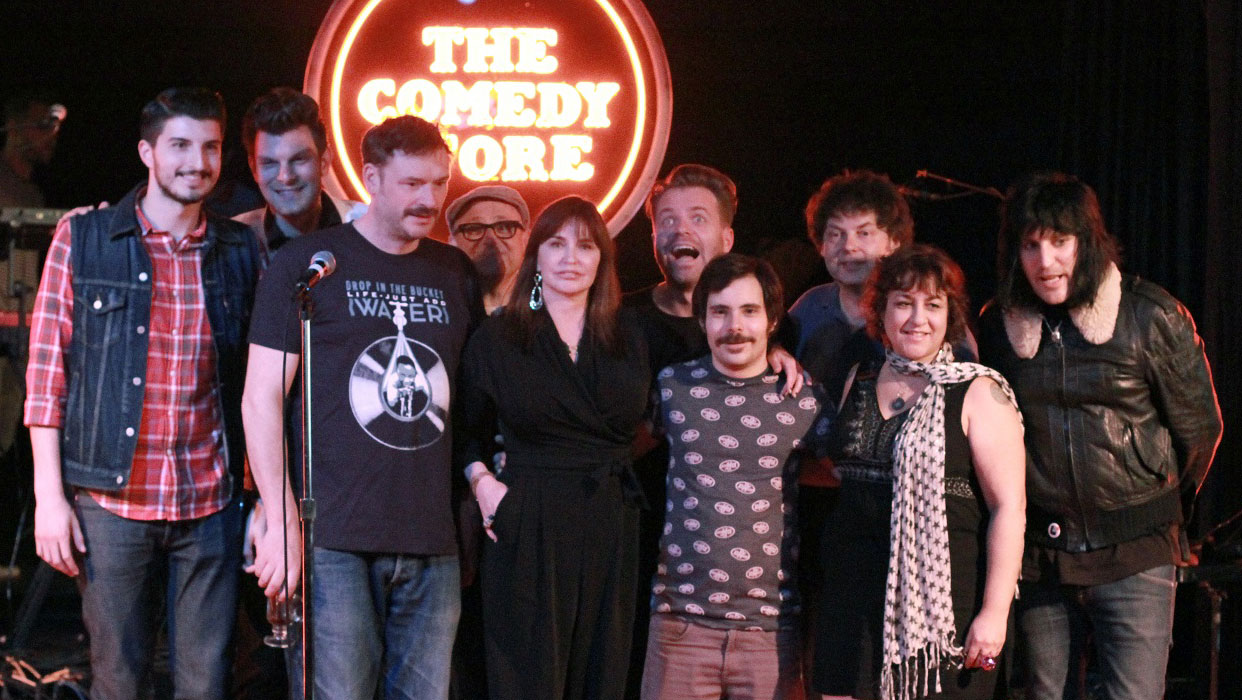 The L.A.-based non-profit Drop in the Bucket takes the issue of water scarcity to heart but that doesn’t stop them from having a good laugh. On Friday, Oct. 18th, Drop in the Bucket will hold a benefit comedy night at The Comedy Store in West Hollywood. The show, Laughter is the Best Medicine, begins at 8:30 p.m. and will feature a talented trio — Noel Fielding, Bobcat Goldthwait and a surprise guest. Noel Fielding hails from the U.K. and is best known for playing Vince Noir in The Mighty Boosh. Bobcat Goldthwait gained fame for writing and directing World’s Greatest Dad as well as his role in the Police Academy Series.

After visiting sub-Saharan Africa with a travelling doctor, Stacy Travis realized that many of the recurring illnesses could be prevented rather than merely treated. The root cause of several deadly diseases, such as malaria and cholera, is contaminated drinking water. Drop in the Bucket grew from this insight and has completed more than 200 water-related projects in six countries. Their current focus is in Uganda and south Sudan, described by the U.N. as one of the world’s most underdeveloped countries. In addition to building wells, Drop in the Bucket also installs composting toilets and roundabout water pumps.

John Travis, the co-founder/president of Drop in the Bucket, said, “Though it may look like a water charity from the outside [Drop in the Bucket] is using social innovation to get children in school.” Travis explained that many people in sub-Saharan Africa walk more than three miles to obtain water. Naturally, this task takes up most of their day and prevents children from attending school. He notes that girls and women usually accomplish this daily feat. In south Sudan, one of the main locations Drop in the Bucket serves, less than 3 percent of girls have access to an education. Travis saw the opportunity to build wells as more than a chance to improve community health but also a way to encourage children to attend school. He cited the idea that increasing the education level of women and girls will help decrease poverty and increase the standard of living. Drop in the Bucket also fosters female empowerment through the Girls’ Clubs program. These clubs encourage girls to peruse education, provide information about health issues and provide basic toiletry products.

Travis reiterates that Drop in the Bucket “is not just about providing water” but about helping to improve living conditions. By strategically locating wells at schools, the charity is able to accomplish their dual goal of promoting health and education. Drop in the Bucket seeks to help break the cycle of “people with a severe lack of education raising people with a severe lack of education.” The charity views education as a way out of poverty and a pathway to a healthier and more sustainable lifestyle in Africa. Travis notes that wells created in south Sudan and Uganda constructed under the guidance of hydrologists and engineers and draw on pre-existing groundwater sources.

Unlike other international aid organizations, Drop in the Bucket has offices in both Uganda and south Sudan. Yet, they still have strong connections in Los Angeles and their headquarters in Los Angeles. On a much smaller scale, American cities also deal with water-related problems. Las Vegas, Palm Springs and Los Angeles all have their own issues with water. Travis calls Los Angeles “a city built on water” and feels that Angelenos will be “more conscious of water as a commodity.” He wants “to connect people in this country with people in Africa” because water scarcity is a global issue.

Despite the gravity of the issue at hand, Drop in the Bucket has always found ways to incorporate levity into its fundraising. Previous events have drawn on the entertainment industry — including a rock concert hosted by Henry Rollins. These events allow Drop in the Bucket to reach a larger audience and help make people more conscious of their daily habits. Even if the audience members only come for a laugh, they will leave with the knowledge that their contribution has helped to make a difference in the lives of others. Laughter is the Best Medicine will help to “get a point across” about how people can make a significant impact while having a good time. As Travis noted “the best comedy has a lot of truth in it.”