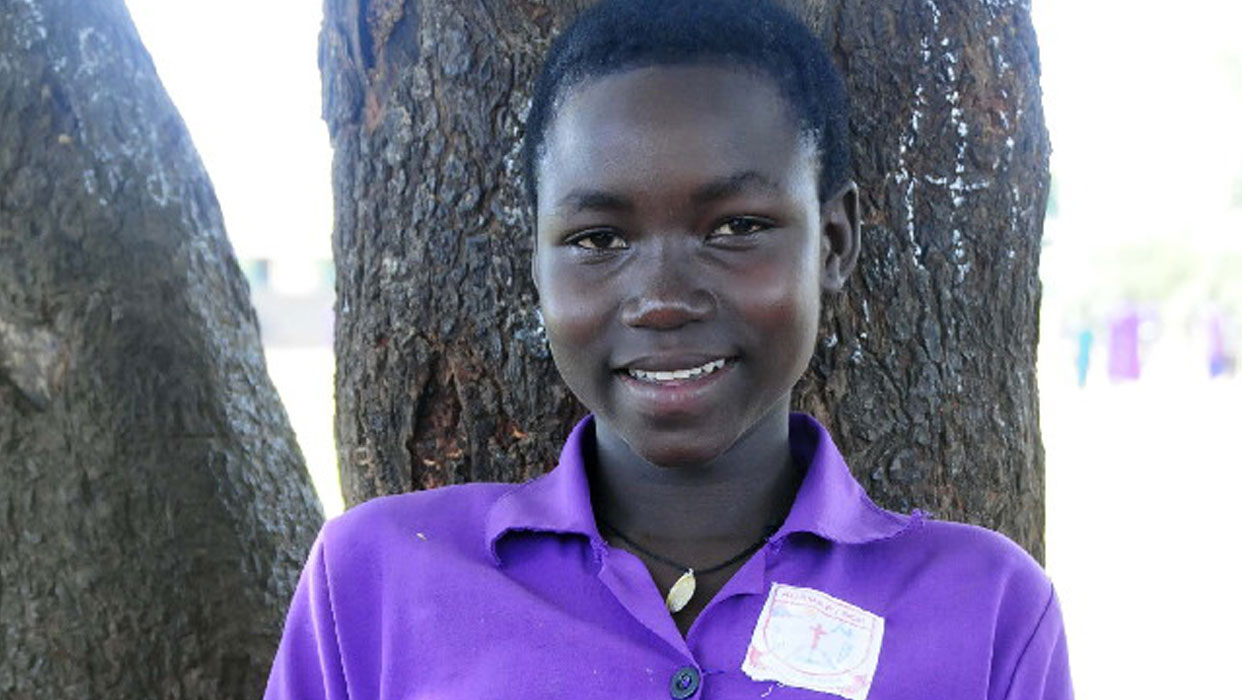 Winnie Ayute is in Primary Six and her school, the Agama primary school is one of the largest schools in the district. There are 790 pupils including 342 girls. Before Drop in the Bucket drilled a well for the school, the nearest water source was a swamp. The swamp was at the Agule village which is about two kilometers away. The children used to fetch water, which meant carrying 20-litre jerry cans on their heads. Winnie had this to say “We hated the task because it was very far to walk and we had to walk through bushes. Because the filled jerry cans were heavy we would have to stop and rest along the way. Our teachers would get angry when we were late getting back to class.”

“Sometimes boys from the village would wait for us at the water source and would mess with us. Usually they were just playing, but they would grab our containers, which made us even later. After school I would walk home at 5pm in the evening. Once I was home I would be told to fetch water from the same source for our home. At school we would fetch water in a group but at home I would go alone, which would scare me.” 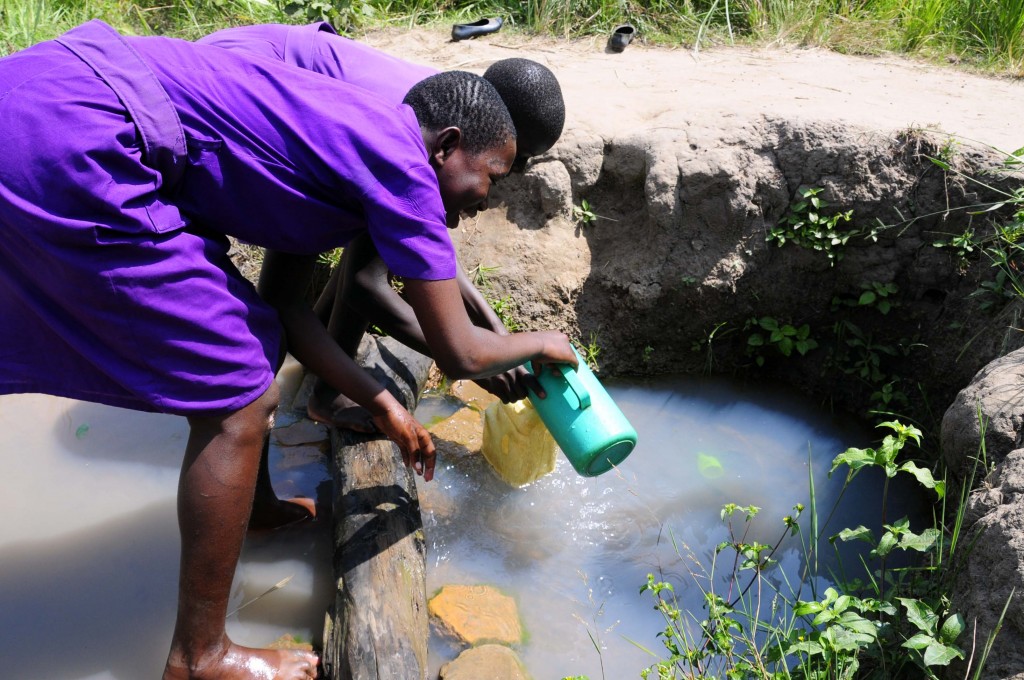 “We are now happy that we no longer walk distances to fetch water. The borehole Drop drilled at our school is located within the compound and it has clean water for us to drink and wash. I also come here to collect water when I return home, so I’m saved from walking in the bushes and I will no longer be disturbed by boys. I feel I’m safe now because of Drop in the Bucket and the well.” 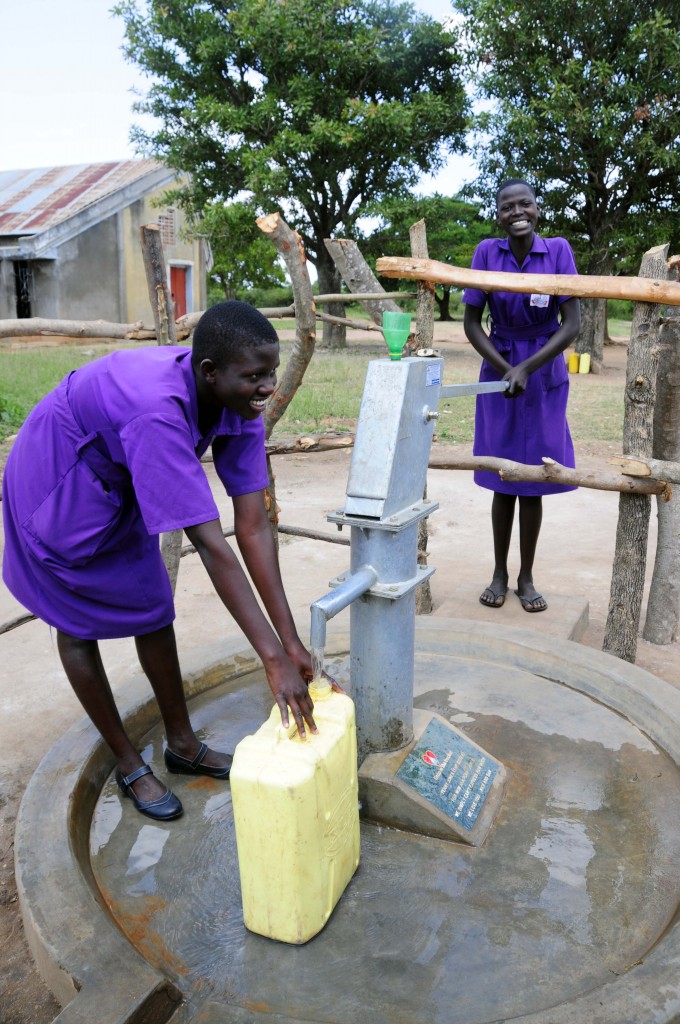 We are so happy that we were able to drill a well for the Agama Primary School and we are happy to be able to help children like Winnie.