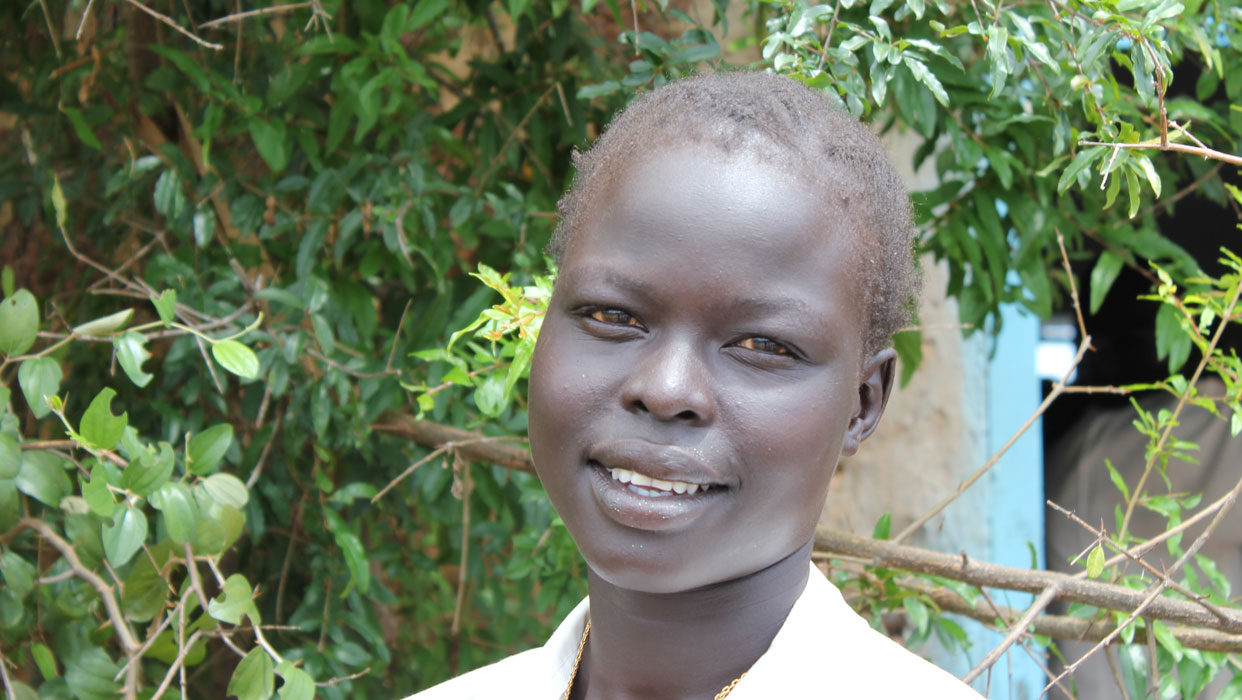 Ayum Mary Diny loves school. Unfortunately due to decades of war she spent most of her childhood unable to go to school, like so many of her friends in South Sudan. Npw that the fighting has stopped Ayum is now 19 years old and only in the second grade.

When Ayum was in the first grade, her mom got sick, so Ayum had to leave school, go back to her village to take care of her ailing mother along and the rest of her siblings. Ayum being the oldest felt she had to assume responsibility for her brothers and sisters and make sure they were well cared for while their mother was sick. Unfortunately their mother died, so Ayum felt even more burdened to act as the parent to her brothers and sisters, especially since their father was not around.

Ayum spent her days making meals, washing dishes, doing laundry, cleaning the home, and more. She was so exhausted by the end of each day that she could barely think, let alone keep up with her studies.

Ayum realized that she was spending almost five hours everyday fetching water walking from the closest well, so she decided to dig a well herself. She thought that if there was a well nearby she might actually have time to study. However, her hand-dug soon started attracting mosquitoes and became a risk for malaria and other bacteria. Ayum knew the water was unsafe to drink, but didn’t feel like she had any other choice but to use the polluted water.

During this stressful time in her life, Ayum would often become discouraged and depressed. She felt that she would never get to go back to school. Things turned around for Ayum and the family when her uncle returned home from the war. He was able to take on the role as caretaker for the Diny children, and Ayum was finally able to return to school!

Ayum is not in the same class as any of her old friends. They were able to stay in school the whole time she was absent and are now in more advanced years. But Ayum doesn’t mind at all, she is just so happy to be back in school, writing poems, learning about infectious diseases, and hanging out with her friends during class breaks. Ayum knows she has a great future ahead of her. She hopes to one day become a doctor and discover the cure for malaria.